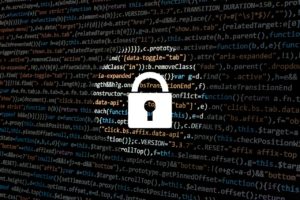 Today, I would like to talk about digitalization. Do you know how many online-accounts you have? To be honest I don’t have a clue. Having a lot of accounts becomes complicated – for sure – but though no excuse for weak passwords. During the last year the most-used combinations were 123456, password and 123456789. Some services allow registration via your Gmail or Facebook account. A hacked account is comparable with the universal key for all the lockers in a swimming pool. If the key gets lost you are in a fix! 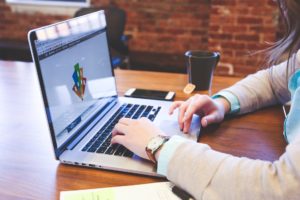 In my opinion IT-Security is the most important requirement! Already these days’ modern technologies grant you their usage in schools: smartboards, tablets in connection with smart pencils. BUT the devices itself aren’t the panacea of digitalization. Students especially teachers have to learn how to learn. Everybody knows that the best moment for second language learning is in kindergarten. We should act like babies: try, fail and try again until we succeed. Why we know to use our smartphones off pat? – Because we did and do it all the time! 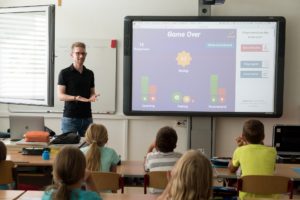 The problem is that at the beginning of each school year anybody predicts you a stressful time because of a short year and less lessons caused by holidays. In May when I wrote the last exam I recognize that I won’t come the next weeks to school to learn rather talk about ‘God and the world’. Please, don’t get me wrong, I like profound conversations but we could you the time in the name of digitalization! For some time Darmstadt received the byname digital city. The Problem is that I can’t see or feel the so-called digitalization – do you? 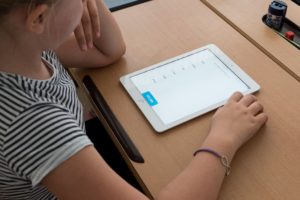 Yes, you’re right: I am using an iPad at the moment and here comes another problem. People are lazy perhaps you aren’t – exceptions prove the rule. I heard from a few students that they are motivated to use tablets, notebooks, etc. in school too but they don’t want to ask each teacher for permission. Teachers – luckily I experienced in most cases the opposite – won’t use modern technologies until they don’t have the will-power or are forced to do. At the end of the day only a manageable group consisting of nerds and the IT-directorate use the capability of this technology. 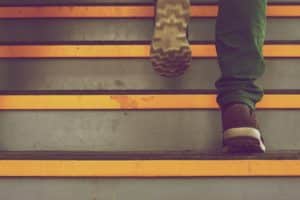 What means future? –To make investments. What means investment? – In my view to spend time on something to have hopefully some time a better life; referring to digitalization easier life! As teacher you can lose time standing in front of a printer for hours and then use a one hole hole-puncher or you make the difference and be the next generation of teachers. As student you can walk around with heavy folders or with just your books, tablet including a smart pencil, USB-cable and the power plug.

It’s up to us! Let’s be like the Tagesschau said that our school is.
Thank you!